“As a breast cancer survivor and fitness specialist, I wanted to share this rehabilitation workout with you. Use it as often as you like, and pass it onto others in need.” – Miranda 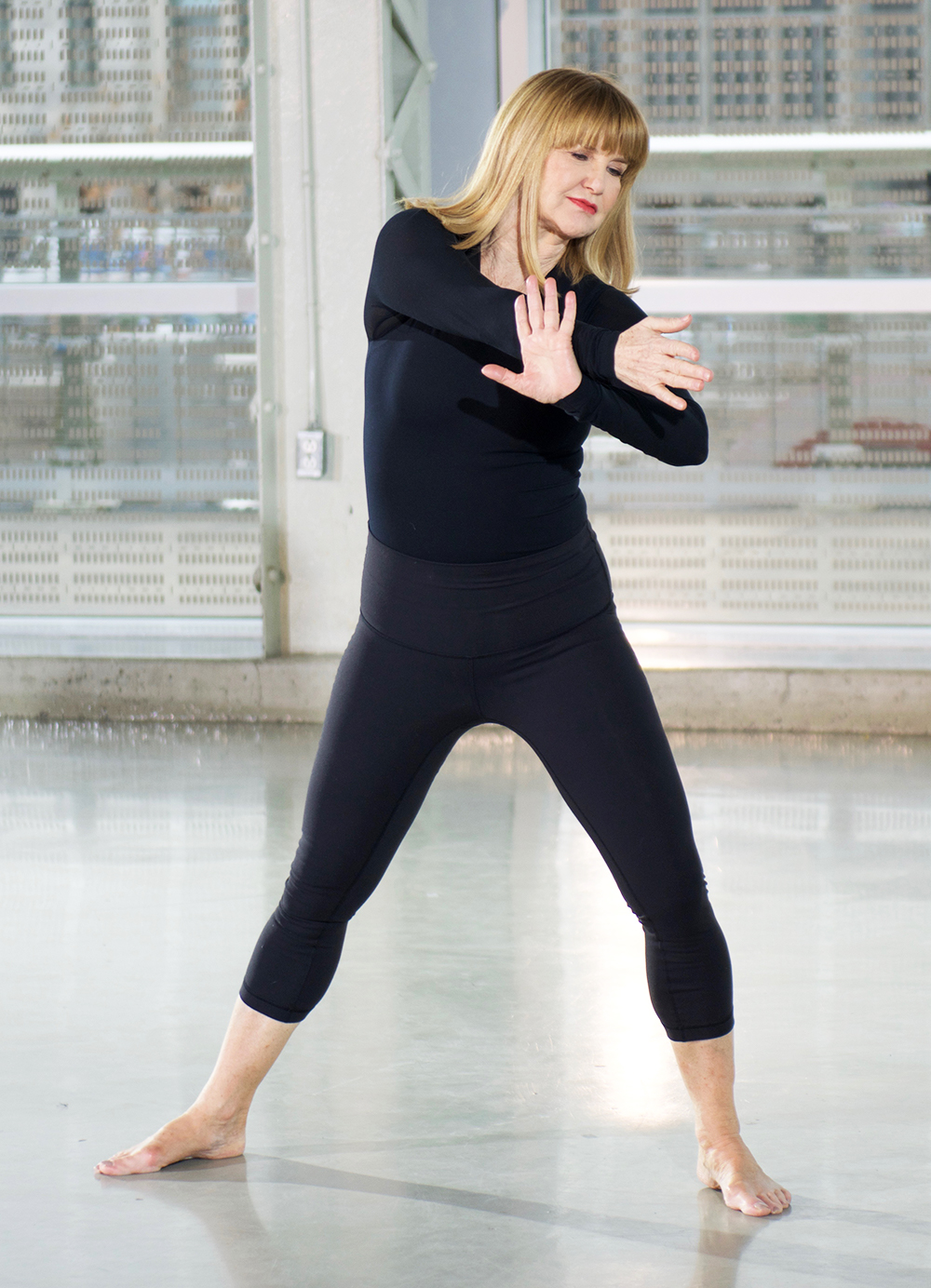 “Until getting my breast cancer diagnosis I had always been a strong woman both mentally and emotionally. I had boundless energy and enthusiasm, had been a professional ballet dancer and was now an entrepreneur. My daughter had never seen me as someone who was vulnerable and weak, so my reaction to breast cancer came as a shock to both of us. I fell apart emotionally and no words of comfort or gestures of kindness could pull me out of the emotional pit I was falling into. I had just signed my first contract with PBS to tape a series of Classical Stretch TV shows when I found a lump in my breast.

The lump was large and growing rapidly making my surgeon worry as to the seriousness of the cancer. He warned me of the possibilities of a full mastectomy, followed by an aggressive protocol of chemotherapy and radiation. The surgery was to be performed 6 weeks before I was scheduled to tape the first 15 shows. From my surgeons diagnosis I did not believe that I would ever teach again and the possibility of filming was close to impossible. The treatment he was proposing would cause me to lose my hair, and be exhausted and unable to work for the best part of the year. Everything I had worked towards seemed to be coming to an end.

After the surgery the cancer proved to be contained, eliminating the need for chemotherapy. This meant that only radiation was required so no hair loss; that was a relief. However, after the surgery, I was unable to raise my arm above my waist and was left with a painful underarm disfiguration. I couldn’t see how I would be able to film the TV shows or even teach again if I couldn’t lift my arm. I am a dancer and movement has been such an important part of my life, so one of the things that affected my morale the most was the unexpected fact that I had terrible trouble regaining my range of motion. Here I was an exercise specialist who had been given clear and detailed instructions from the hospital physiotherapy department, and I could not figure out how to rehabilitate my arm. Once again I fell into a bit of depression and despair. I was very fortunate to have a close friend who was a physiotherapist and who came to my home and led me through my rehabilitation.

The entire experience of cancer: the loss of control of life, the sense of dependency, the helplessness, the not knowing what was going to happen next, the fears, dealing with the unknown, all became too overwhelming sending me into an emotional tailspin that lasted almost a year. I had always been able to deal with every other adversity, this was the first one I felt incapable of overcoming. I went through a personality change becoming reclusive and depressed. Every cancer story is very personal; they are the stories of each person’s private struggles. During my convalescence I found that only real solace and comfort came to me from talking with fellow cancer survivors. We all spoke the same language; we understood each other’s pain. The sharing of their experiences helped me find my way out of my depression and fears.”

“The experience of my initial reaction to breast cancer and my trouble inspired both Sahra and I to make an exercise video to help other women avoid the same emotional pitfalls. Given that we were both in the health and fitness field, we felt that this was an area where we could contribute. Not every breast cancer patient is fortunate enough to have a personal physiotherapist visit them after surgery. We made this video to be that personal therapist for other women.

This video is the brainchild of Sahra who became determined to make sure as many women in the world didn’t suffer emotionally and physically as I did. She found all the funding, the film crew and worked with physiotherapists and an oncologist to make sure this exercise video happened and was endorsed by the medical community. She has worked to bring it into other countries including Mexico, Panama, Guatemala, Costa Rica, Greece, India, South Africa and more.

With the advice from my oncologist and physiotherapist we used Essentrics exercises to create a workout specifically designed for breast cancer survivors. We developed specific exercises which safely and systematically increased the range of motion of the arm. We have since worked together giving workshops and lectures to increase awareness of both the exercises and the importance of rehabilitation.” 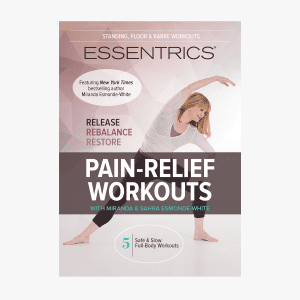 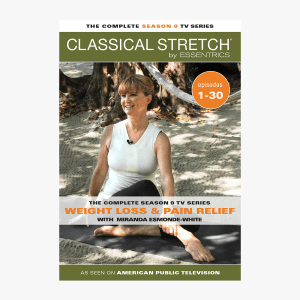 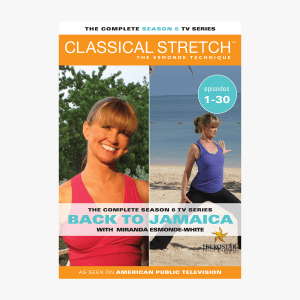 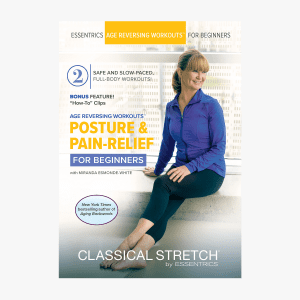 "Thank you so much for the breast cancer rehab and stress relief exercises. They have provided me such welcome relief and reassurance. At 5 weeks out from my lumpectomy, it looks like I have regained my complete range of motion. May you be repaid many times over for your generosity."

"I was diagnosed with breast cancer at age 41 in March 2016. I still have to go through radiotherapy after having my double mastectomy. I want to thank you for the videos, the good explanations (that we don't get here in Quebec. We are sent home with a brochure), but mostly the message of hope. I can't wait to be 5 years away from my own episode and can say that I am a survivor. Thank you very much."

"I have stage 4 breast cancer. I spent five years in treatment undergoing 13 surgeries. I am now in remission, for four years. My posture was horrible. I had no strength. Every time I tried to workout I injured myself. Nerve damage from chemo made those injuries a huge set back. Your workouts have saved me and encouraged me. I workout with you on public television, 6:30 am. Thank you so much for your mission to help people regain their health! God Bless"

"When I discovered your show on PBS, I thought I had died and gone to heaven! It was shortly after I had two hip replacements in 2014. Although I couldn't do the hip stretches, my upper body responded magically to your stretches and it felt amazing. It would be a dream come true if there was some sort of safe stretching people who have artificial hips could do. We are limited though because we can't twist. If anyone could figure something out, it is you Miranda. I am so grateful for your methods. Last July I had a lumpectomy and 32 radiation treatments. I LOVE your stress relieving video for breast cancer and find it helps me sleep well. My six month checkup found me cancer free. With your stretching and proper eating, I intend to keep it at bay! Peace and many thanks"

"I want to share with you one of the many impacts, I believe, you are making in your new career. I’m a breast cancer survivor (9 years YAY!) and until I started your class my left breast, due to radiation and subsequent lymphedema and scar tissue, was as hard as a rock, with constant discomfort, Two attempts at PT didn’t help and breast massage was incredibly painful and a temporary solution. Two weeks into your class, the entire character of my breast began to change. The tightness started loosening up (with pain yet I knew what was finally happening so stuck with it). After about 6 or 7 classes, it became completely normal and no pain or discomfort. I am so grateful we crossed paths!"